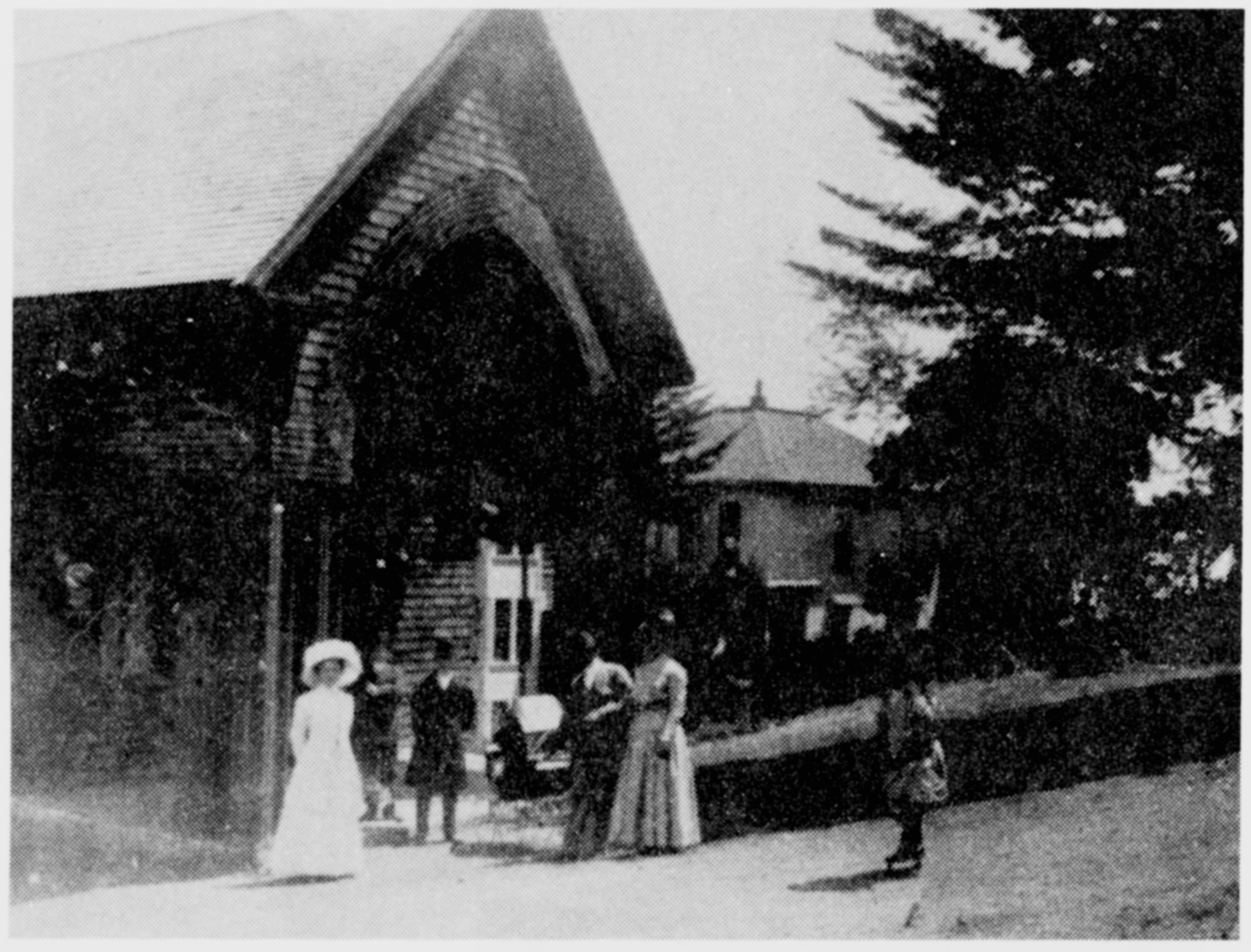 Formed on August 3, 1902, the church we know today grew out of the remnants of the First Congregational Church of Sausalito, whose church building stood on the corner of Pine and Bonita. The last six remaining members of that church were persuaded to come under the care of the Presbyterian Church by a Presbyterian missionary who came to town and volunteered to preach to their dwindling congregation.

The new congregation remained in that church for several years, although they longed for a “more central location.” This wish was fulfilled in 1904 when Mr. and Mrs. L.M. Hickman presented the congregation with the deed to the land on Bulkley, previously the tennis courts of the El Monte Hotel.

In the 1880’s, the El Monte was a destination resort favored by wealthy San Franciscans like Spreckels and Crocker. It sported a croquet lawn, tennis courts, “a first-class table,” and even a bowling alley just for women. But its allure eventually faded and it was demolished in 1904 and its lots sold off at auction — one going to the Hickmans.

In 1909 the Hickmans once again provided funds to build our current church, given in memory of their son. The brown shingled structure (shown above, upper right) was designed by Ernest Coxhead in Old English Gothic style. In 1916 the “manse wing” was built onto the church with funds from Frederick Robbins. It consisted of a living room and dining room downstairs and three bedrooms upstairs. These serve today as the pastor’s study, the bride’s room, and offices, respectively. The other major addition was the current manse next door to the church built in 1950, again with funds from the Robbins family. (Two benches now used for choir seating are the only items remaining from the Pine Street church.)

Generous donations continued throughout our history and included the Shoenstein pipe organ, later a digital organ, the cross on our steeple, an oil furnace, two wooden chandeliers, the 7-branch wooden candelabras, several sets of hymnals, Bibles, Thomson Hall renovations in the 60’s, and major restoration for the church in 2001 and 2002. 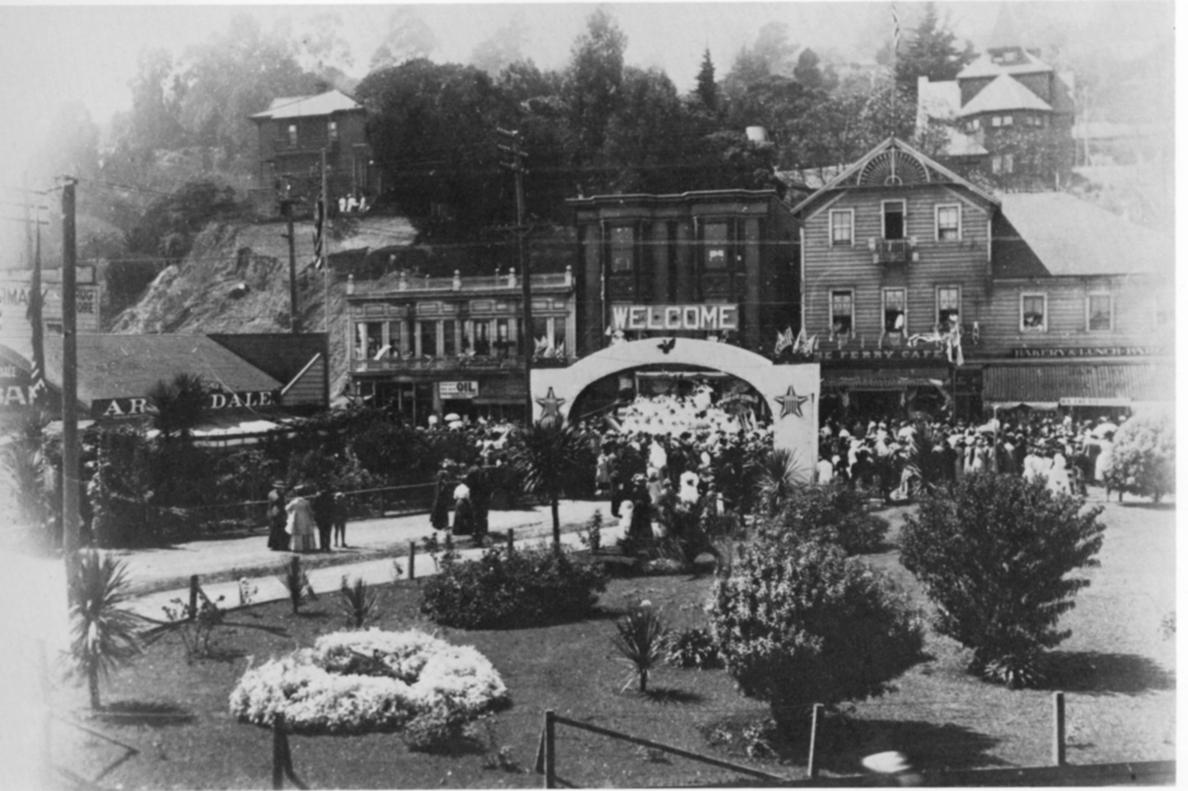 Two prominent names throughout our history have been Martha and Walter Thomson, who met in Sunday school and married at SPC and who created, painted, swept, fixed, organized, and touched almost everything in this church. They are also our longest-running members – Walter for 70 years before he died and Martha for 73 and still going! It’s hard to beat THAT record!

SPC’s 100 years have seen 19 different called pastors. Some stayed only a couple of years, but beginning with Rev. Aaron Miller in 1950, the pastoral tenure began to elongate, with Rev. Miller staying for 9 years, David Jacobsen for 12, George McLaird for 26, and Joan Carter, alongside George, for 18. When George and Joan left, Cornel Barnett was appointed as interim minister in 2001, Jim Burklo served as our called pastor for 4 years, and Renee Rico served as interim minister for 3 years. And we are thrilled that on December 18, 2011 Paul Mowry became our newly called pastor. He was subsequently ordained in our church on January 29, 2012.

Over the years, the size of the congregation has varied, from as little as two dozen, to as many as 200 (counting children), and the size of the music program, education program, mission work, and community involvement shifted with the church’s population.

In the 50’s, the youth program almost burst the church’s seams, with more than 100 children enrolled in church school. Classes were held in every available space, including three sessions in Thomson Hall, one in the kitchen, and several in the sanctuary (before the main service began). Boy Scout and Cub Scout troops were also active. Community involvement over the decades included community dances and Easter egg hunts, as well as housing the homeless and joining the civil rights march in Selma.

In September 2002, SPC celebrated the 100th anniversary of the church’s founding. People dressed in period costume, a barbershop quartet of members sang in the sanctuary, and champagne followed on the patio. We noted that 100 years ago, women didn’t yet have the vote, Animal Crackers were brand new, and most people still got around by horse and buggy. We and the church have come a long way! 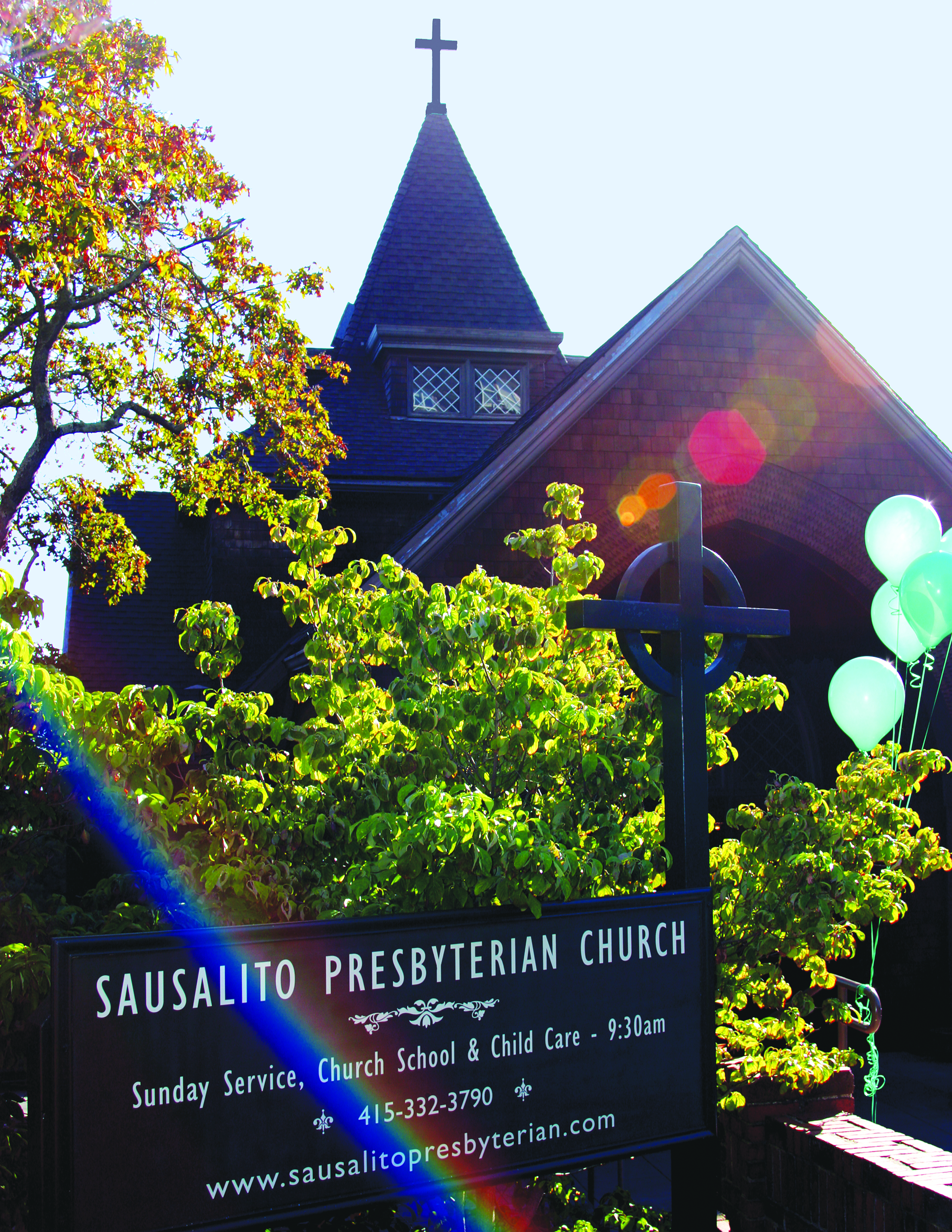 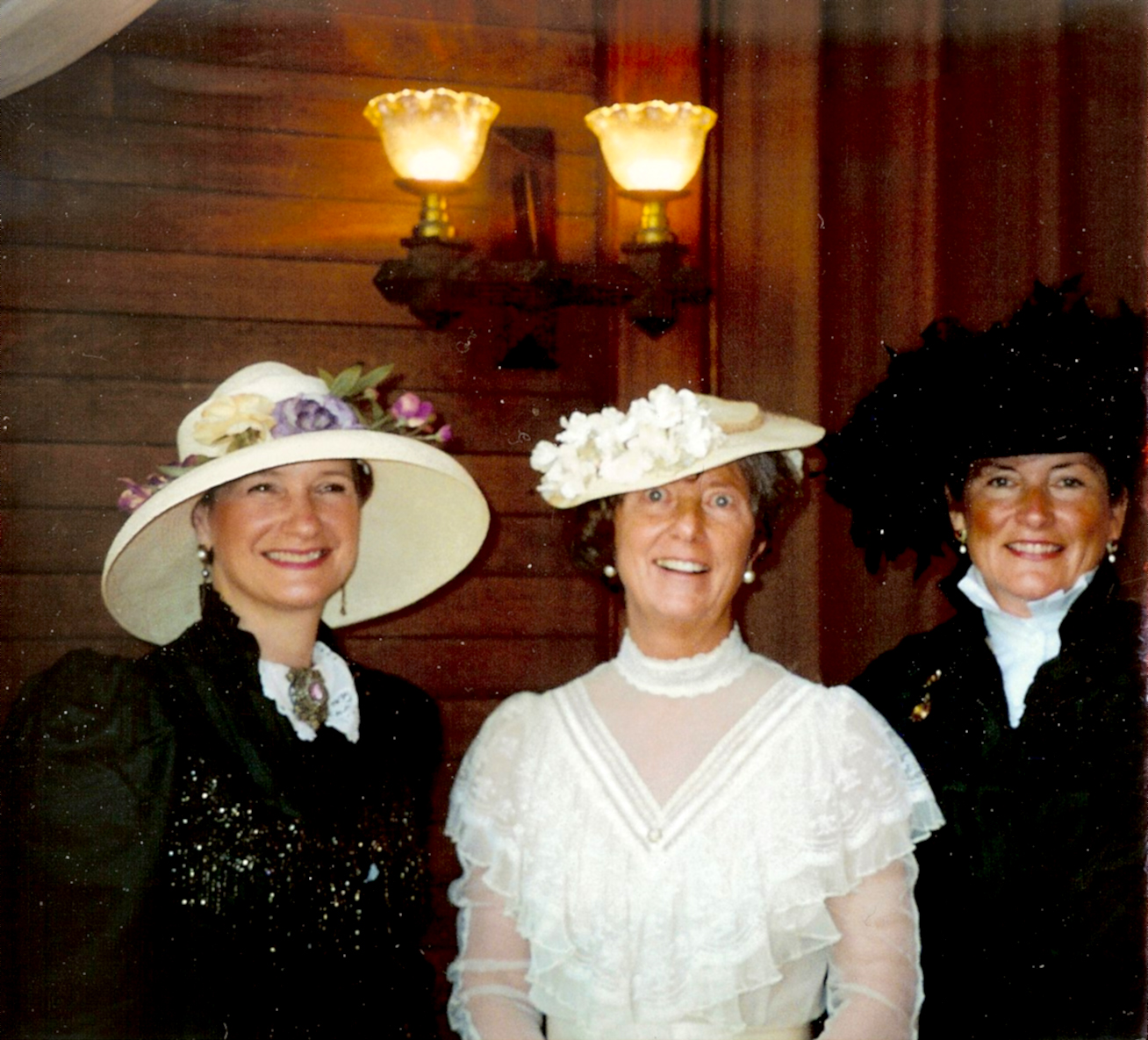 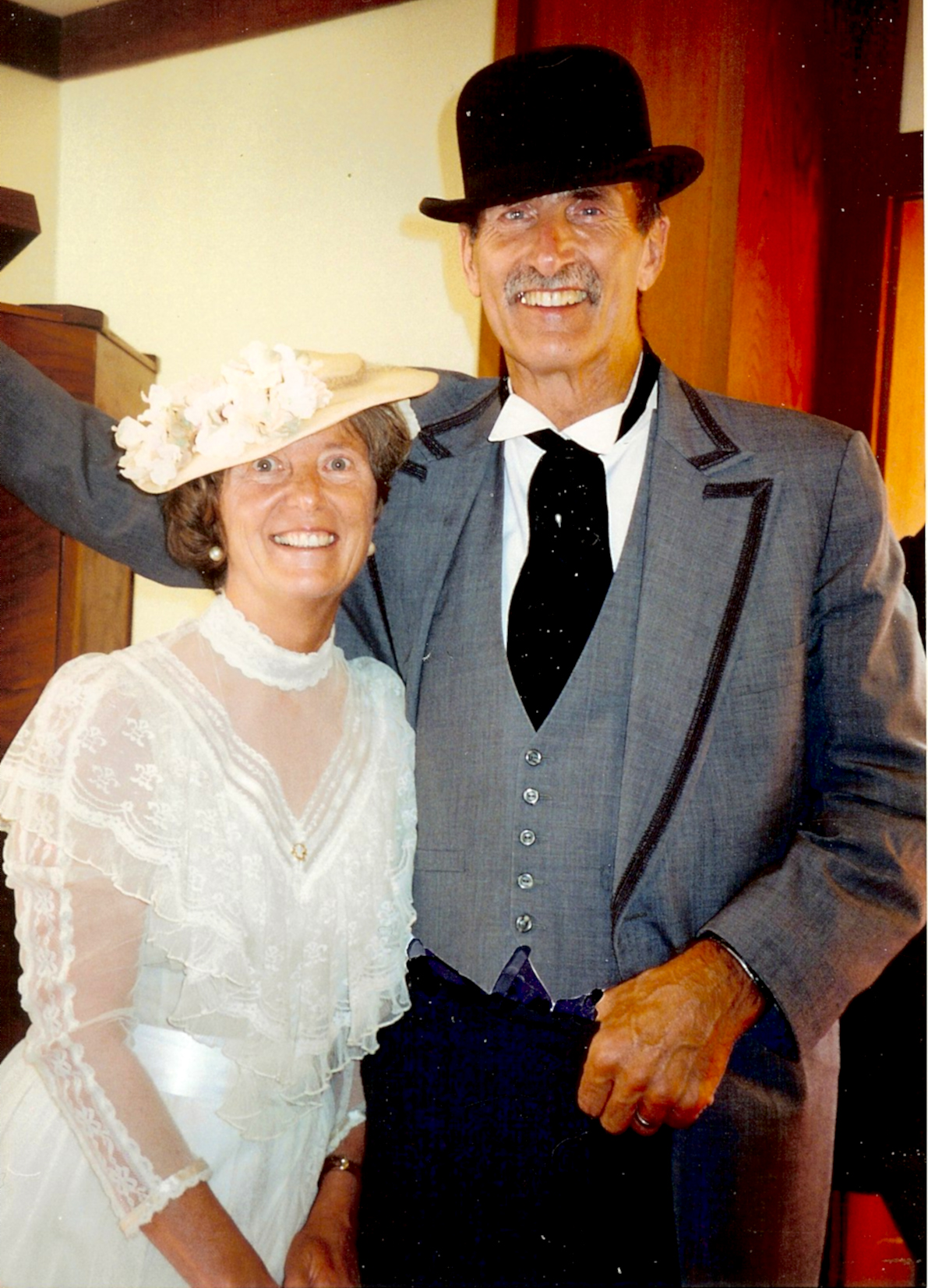 
KID'S CORNER IS READY FOR YOU!

Art supplies & fun activities for kids in the pews

FOUND a new job? GETTING married? You or your child made the HONOR ROLL? Share what's going on in your life with our SPC community. We would love to hear what's up with YOU! Looking for a beginning acoustic guitar teacher and Pet sitter Jean Danowski, details in SPINN