Larry and Dee Whyman, Getting to Know You
11655
page-template-default,page,page-id-11655,stockholm-core-2.1.9,select-child-theme-ver-1.0.0,select-theme-ver-8.9,ajax_fade,page_not_loaded,boxed,header_top_hide_on_mobile,,qode_menu_center,wpb-js-composer js-comp-ver-5.7,vc_responsive

Larry and Dee Whyman, Getting to Know You

Note: As part of the SPC Getting To Know You ongoing (series of) projects, we are beginning to create SPC web pages dedicated to our congregation members. See below for more photos, and a new story from Larry for Memorial Day, 2017 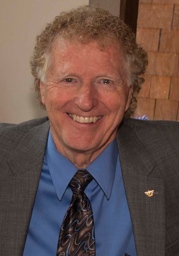 In 1964 I attended Squadron Officers School, a 15 week leadership course for selected “Company Grade” officers.  It was conducted at the USAF’s Air University.  I  was in Class 64A (1964). There were 826 students in my class. A Glee Club was formed, with 47 voices, 2 pianists, and 1 director, selected by audition from those who applied. I was honored to be selected as director.

We rehearsed on our off duty times (lunchtime and evenings).  We performed for the school and for area civic organizations, and were the first (and maybe the only) S.O.S Glee Club to record an album. It was produced on a stereo vinyl record and a “reel to reel” stereo tape.  Included in the album was a beautiful arrangement of The Air Force Hymn.

In 1966 I served my first (of 3) combat tours in Vietnam, flying a total of 114 combat missions over a three year period.  During this time I had an 8mm movie camera, and recorded a lot of flying footage, mostly filmed by Capt. Pete Seiler, our Navigator, who was a skilled photographer.

About a year ago I decided that I wanted to do a YouTube presentation of the Air Force Hymn, using selected clips from the film that was taken during the Vietnam War.  With the help of a good friend in our church who has a video productions business, I was finally able to do it.

The video is pretty self-explanatory, but I will give you a little bit of detail.  The first verse has a photo (taken by the Air Force in 1966) of our crew just before taking off on a combat mission, followed by a video of a B-52D taking off from U-Tapao Air Base in Thailand on a bombing mission. The 2nd verse shows our 3-ship cell refueling from KC-135 Tankers on the way to our target.  In the transition to the 3rd verse, I am performing a “Barrel Roll” in a T-34, filmed from the back seat by a friend in my squadron.  The 3rd verse includes photos of navigator Capt. Pete Seiler and Co-pilot Capt. Frank Kuroda.  The “Amen” concludes with a photo of “The Wall”, and I dedicate that to the memory of a dear friend in my squadron, Capt. Charles David “Chuck” Miller, who was killed on a B-52 combat mission in November 1968.

Or copy and paste:  https://www.youtube.com/watch?v=aO2jq1rcsLA?rel=0 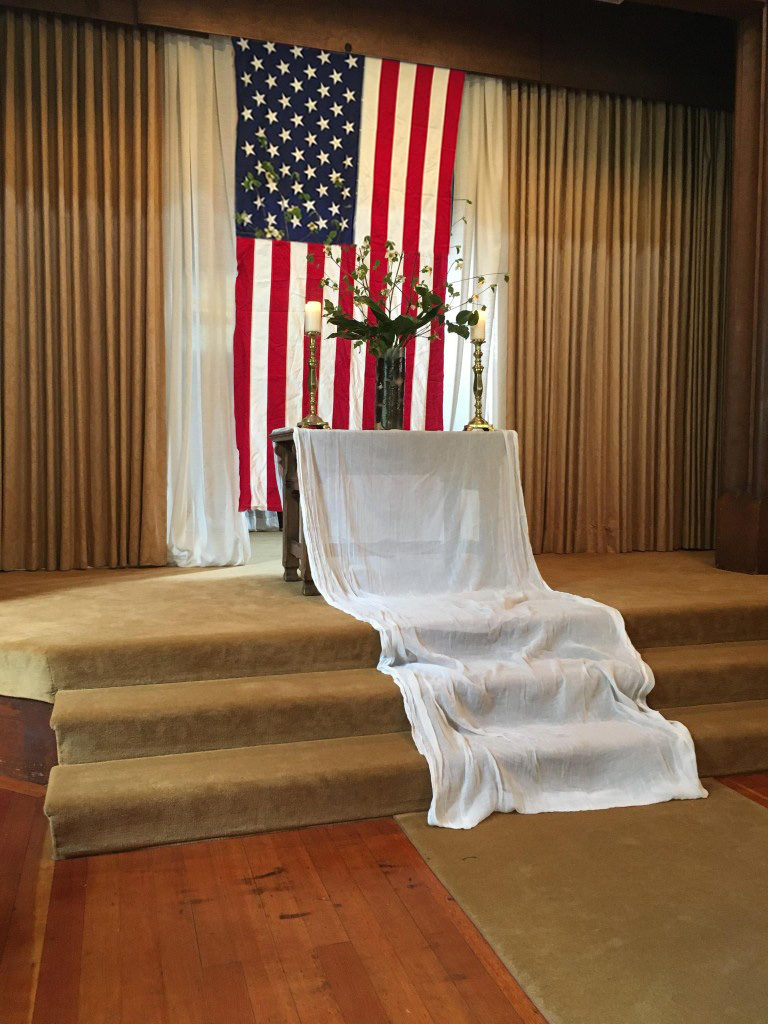 Dear friends,
This is a wonderful story (follows), and I cried when I read it, as it brought back a personal memory.  When I was discharged from the Air Force (in 1968) and began my career with United Airlines, my Bomb Wing was still deployed to Vietnam.  On my first week flying for United, we had the remains of a fallen soldier in the cargo compartment.  Our destination was a small city in Ohio.  The airport had no Jetways, we just parked on the ramp outside of the small terminal.  Our Captain had informed the passengers of the situation, and had asked them to remain seated until the casket had been properly removed, etc.  The air stairs were brought up to the door, and the (onboard) escort and I deplaned (I was the Second Officer, and the only Vietnam veteran on the crew).  There was a dedicated escort team of 8 soldiers, all in dress uniform, awaiting our arrival.  As the flag-draped coffin came down the conveyer from the aft cargo bay, they received it, 4 on each side, and marched it ceremoniously to the waiting hearse, while the escort stood at attention, saluting.  I stood a respectful distance away, at attention, saluting, with tears running down my face.  That was only the first of many such flights for me those first few years with United, and I cried every time, just as I did that day.

This event was especially traumatic for me;  six days after I was discharged from the Air Force, Chuck Miller, my best friend in my squadron (other than the guys on my crew) was killed when his B-52 failed on takeoff, crashed into a ravine and burned.
God help us; ..No More War!
Larry

AN AIRLINE CAPTAIN’S REPORT
My lead flight attendant came to me and said, “We have an H.R. on this flight.” (H.R. stands for Human Remains.)
“Are they military?” I asked.
‘Yes’, she said.
‘Is there an escort?’ I asked.
‘Yes, I’ve already assigned him a seat’.
‘Would you please tell him to come to the Flight Deck. You can board him early,” I said…

A short while later a young army sergeant entered the flight deck.  He was the image of the perfectly dressed soldier.  He introduced himself and I asked him about his soldier. The escorts of these fallen soldiers talk about them as if they are still alive and still with us.
‘My soldier is on his way back to Virginia ,’ he said.  He proceeded to answer my questions, but offered no words.

I asked him if there was anything I could do for him and he said no.  I told him that he had the toughest job in the military, and that I appreciated the work that he does for the families of our fallen soldiers.  The first officer and I got up out of our seats to shake his hand.  He left the Flight Deck to find his seat.

We completed our preflight checks, pushed back and performed an uneventful departure.  About 30 minutes into our flight, I received a call from the lead flight attendant in the cabin. I just found out the family of the soldier we are carrying, is also on board’, she said.  She then proceeded to tell me that the father, mother, wife and 2-year old daughter were escorting their son, husband, and father home.  The family was upset because they were unable to see the container that the soldier was in before we left.

We were on our way to a major hub at which the family was going to wait four hours for the connecting flight home to Virginia.  The father of the soldier told the flight attendant that knowing his son was below him in the cargo compartment and being unable to see him was too much for him and the family to bear. He had asked the flight attendant if there was anything that could be done to allow them to see him upon our arrival.  The family wanted to be outside by the cargo door to watch the soldier being taken off the airplane.

I could hear the desperation in the flight attendants voice when she asked me if there was anything I could do. ‘I’m on it’, I said.  I told her that I would get back to her.

Airborne communication with my company normally occurs in the form of e-mail like messages.  I decided to bypass this system and contact my flight dispatcher directly on a secondary radio.  There is a radio operator in the operations control center who connects you to the telephone of the dispatcher. I was in direct contact with the dispatcher.  I explained the situation I had on board with the family and what it was the family wanted. He said he understood and that he would get back to me.

Two hours went by and I had not heard from the dispatcher.  We were going to get busy soon and I needed to know what to tell the family.  I sent a text message asking for an update.  I saved the return message from the dispatcher and the following is the text:

‘Captain, sorry it has taken so long to get back to you.  There is policy on this now, and I had to check on a few things.  Upon your arrival a dedicated escort team will meet the aircraft.  The team will escort the family to the ramp and plane side.  A van will be used to load the remains with a secondary van for the family.

“Captain, most of us here in flight control are veterans. Please pass our condolences on to the family.  Thanks.”

Things started getting busy for the descent, approach and landing.   After landing, we cleared the runway and taxied to the ramp area.  The ramp is huge with 15 gates on either side of the alleyway.  It is always a busy area with aircraft maneuvering every which way to enter and exit. When we entered the ramp and checked in with the ramp controller, we were told that all traffic was being held for us.

‘There is a team in place to meet the aircraft’, we were told.  It looked like it was all coming together, then I realized that once we turned the seat belt sign off, everyone would stand up at once and delay the family from getting off the airplane.  As we approached our gate, I asked the copilot to tell the ramp controller, we were going to stop short of the gate to make an announcement to the passengers.  He did that and the ramp controller said, ‘Take your time.’

I stopped the aircraft and set the parking brake.  I pushed the public address button and said:  ‘Ladies and gentleman, this is your Captain speaking: I have stopped short of our gate to make a special announcement. We have a passenger on board who deserves our honor and respect.  His name is Private XXXXXX, a soldier who recently lost his life. Private XXXXXX is under your feet in the cargo hold.  Escorting him today is Army Sergeant  XXXXXX;.  Also, on board are his father, mother, wife, and daughter.  Your entire flight crew is asking for all passengers to remain in their seats to allow the family to exit the aircraft first.  Thank you.’

We continued the turn to the gate, stopped and started our shutdown procedures.  A couple of minutes later I opened the cockpit door.  I found the two forward flight attendants crying, something you just do not see. I was told that after we came to a stop, every passenger on the aircraft stayed in their seats, waiting for the family to exit the aircraft.

When the family got up and gathered their things, a passenger slowly started to clap his hands.  Moments later, more passengers joined in and soon the entire aircraft was clapping.  Words of ‘God Bless You’, I’m sorry, thank you, be proud, and other kind words were uttered to the family as they made their way down the aisle and out of the airplane.  They were escorted down to the ramp to finally be with their loved one.

Many of the passengers disembarking thanked me for the announcement I had made.  They were just words, I told them, I could say them over and over again, but nothing I say will bring back that brave soldier. 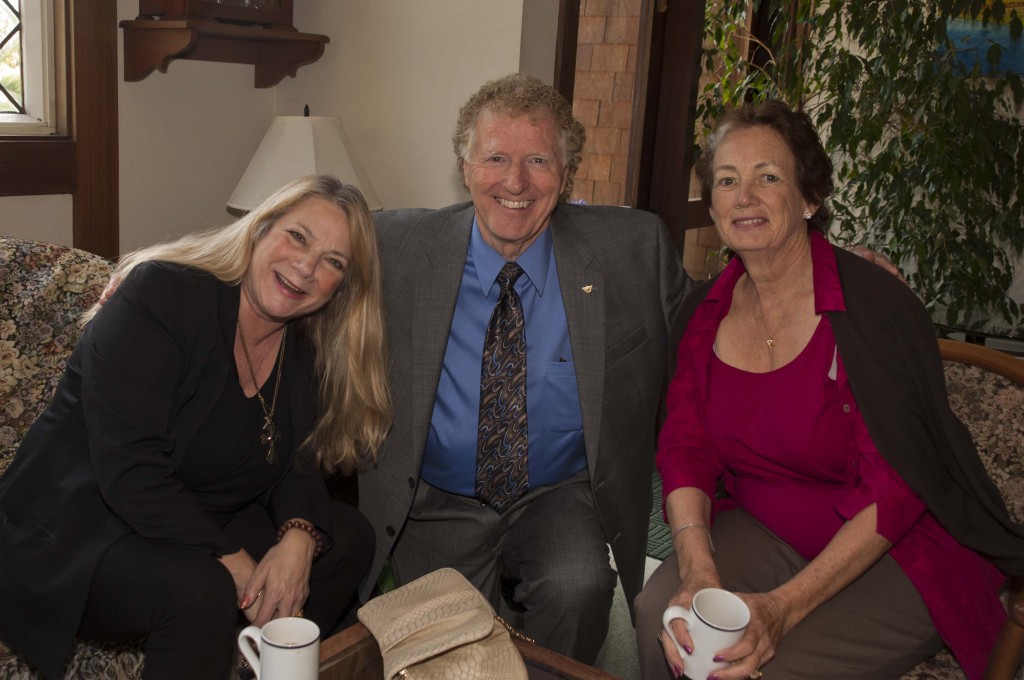 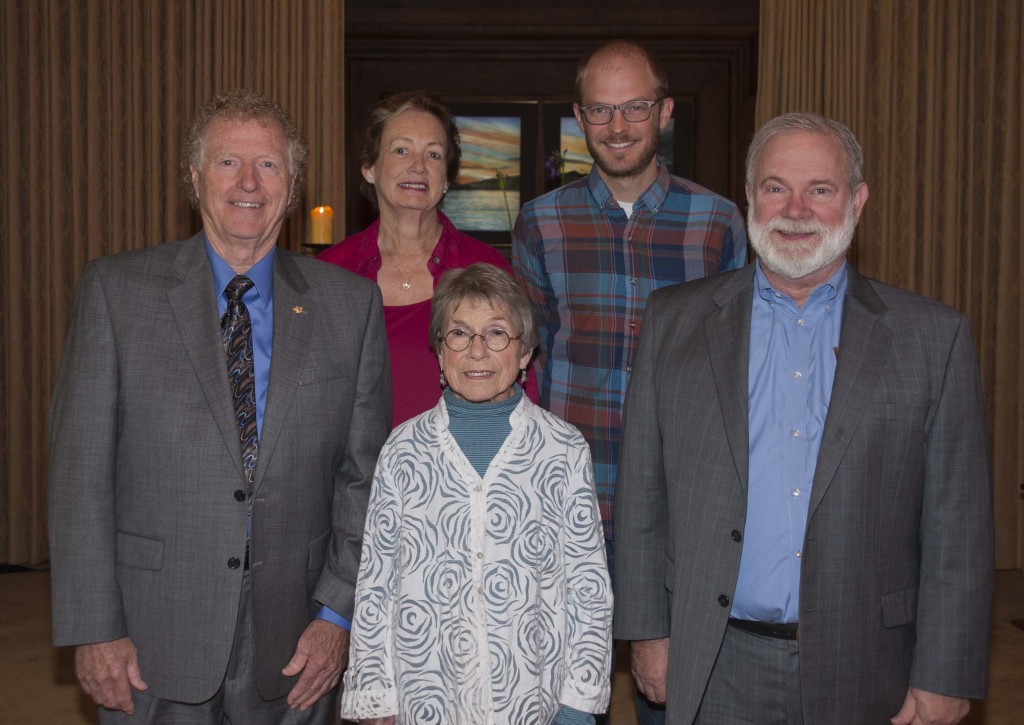 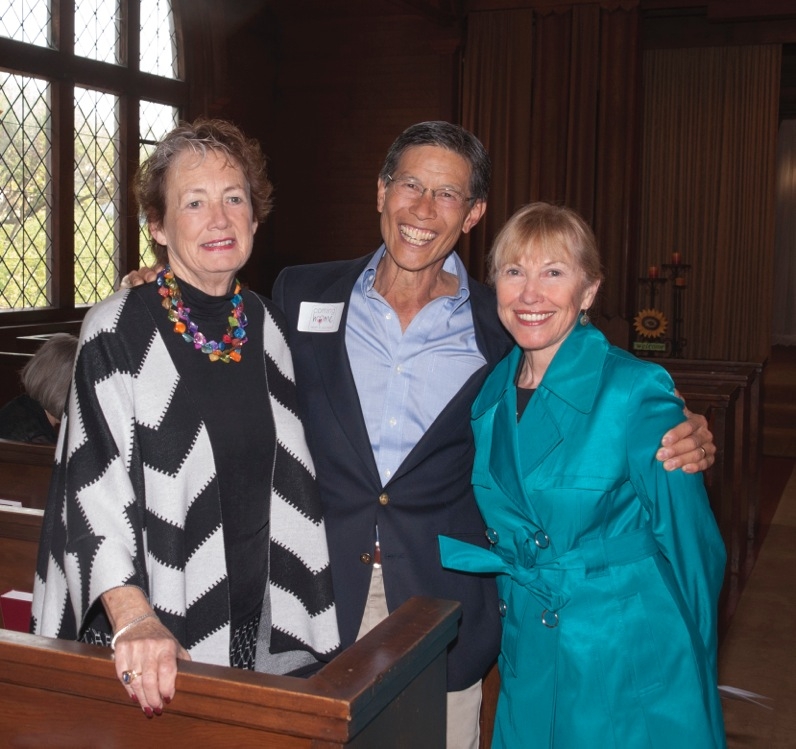 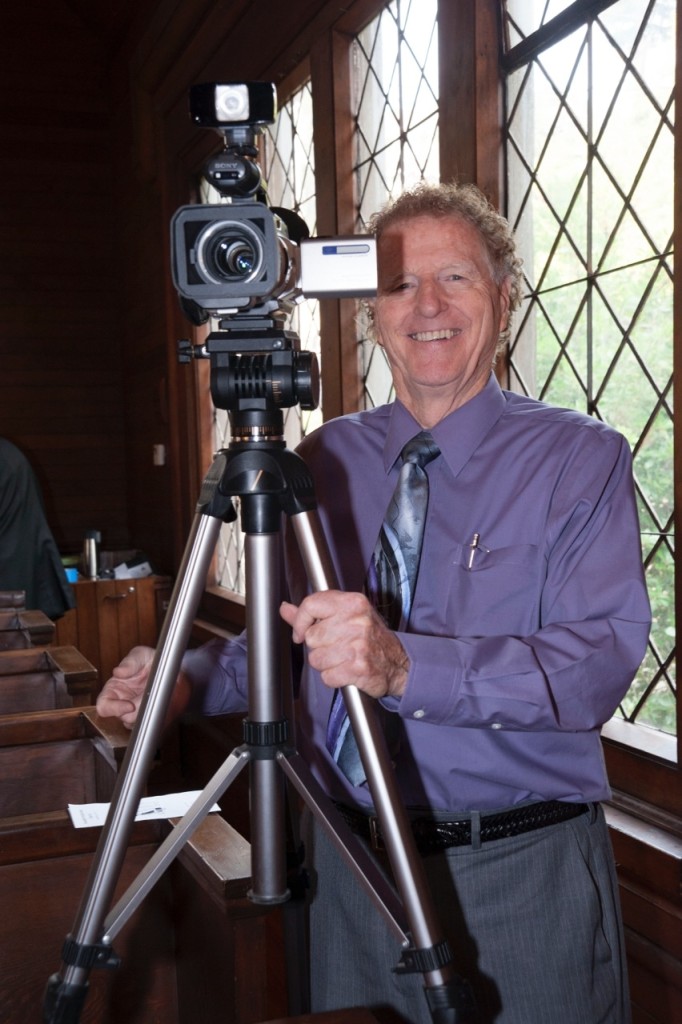 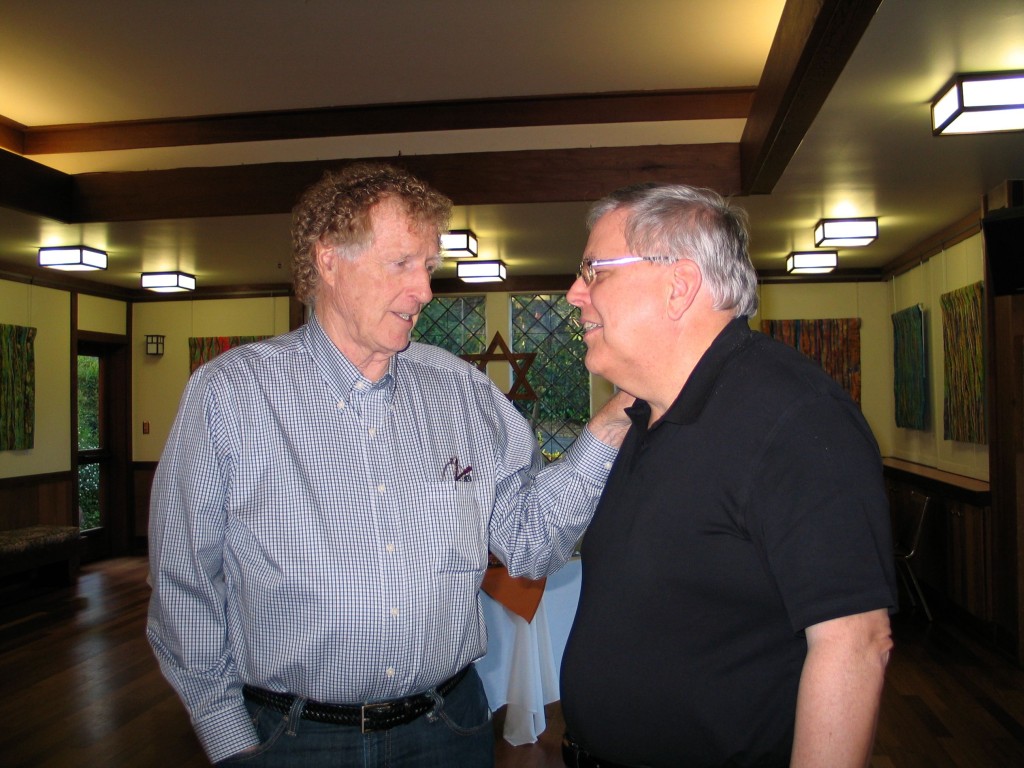 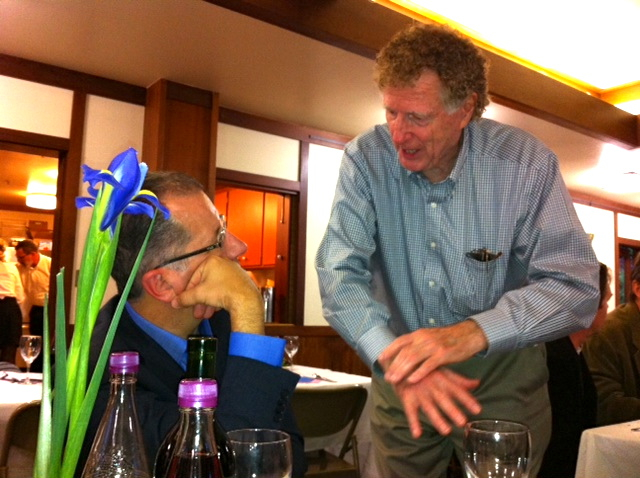 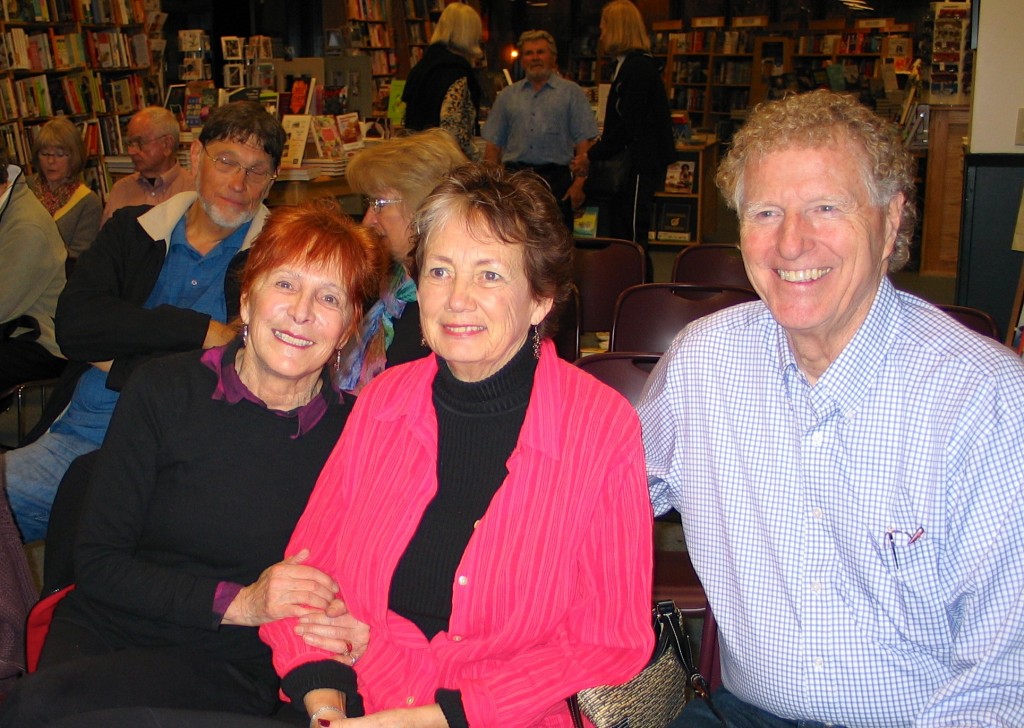 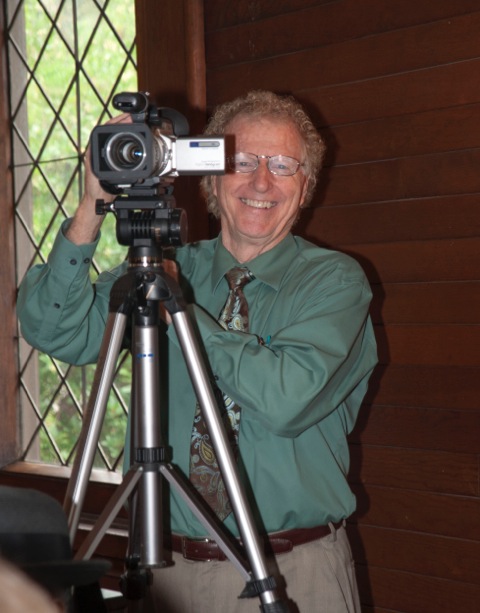 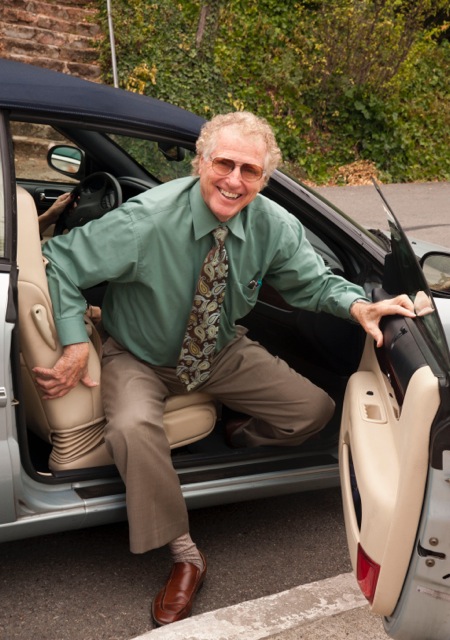